Greg Jenner is most notable for his role as Historical Consultant to BBC’s multi-award winning Horrible Histories  comedy TV series. Between 2008-2019, he was responsible for the factual accuracy of more than 2,000 sketches and 140+ songs, with subject matter spanning the entirety of human history. As a writer, he also contributed lots of sketches wrote the lyrics to three songs. He has also made Horrible Histories With Stephen Fry, five series of HH: Gory Games, and the accompanying CBBC online games. 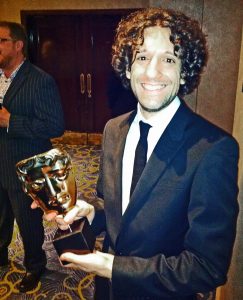 In 2014 Horrible Histories was named the ‘Best Non-Fiction Children’s Programme of the Past 50 Years’ by the International Prix Jeunesse (which was nice!) and it twice won ‘Best Sketch Show’ at the British Comedy Awards — being the first ever children’s programme to have received this accolade. Greg was also a named recipient of a Children’s BAFTA award in 2011, and the series then broke records by winning four consecutive Children’s BAFTAs in a row.

Since 2009, Horrible Histories has picked up 30 BAFTA nominations and 9 wins. In 2017 the Magna Carta anniversary special won an International Emmy award 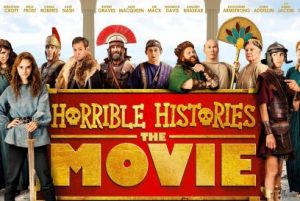 Greg was also the lead historical adviser on the spin-off film, Horrible Histories: The Movie – Rotten Romans (2019) which was nominated for three Children’s BAFTAs. It focused on an unlikely friendship between a Roman teenage boy and a teenage Celt girl during the Boudican rebellion of 60-61 CE in Britain. The film starred Emilia Jones, Sebastian Croft, Nick Frost, Kate Nash, Craig Roberts, Kim Catrall, and many other talents of British comedy. 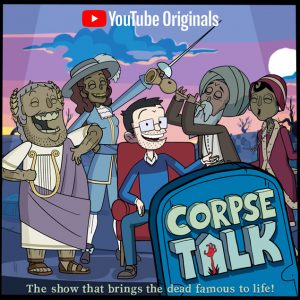 Greg is the historical adviser to a new animated comedy series for YouTube Kids, produced by Tiger Aspect. Corpse Talk (2022) is an adaptation of Adam and Lisa Murphy’s successful comic book series, in which Adam interviews History’s most famous people from beyond (and in!) the grave, using flashbacks and imaginary scenarios to explore what they got up to in their dramatic lifetimes. Episodes include Mozart, Cleopatra, Josephine Baker.