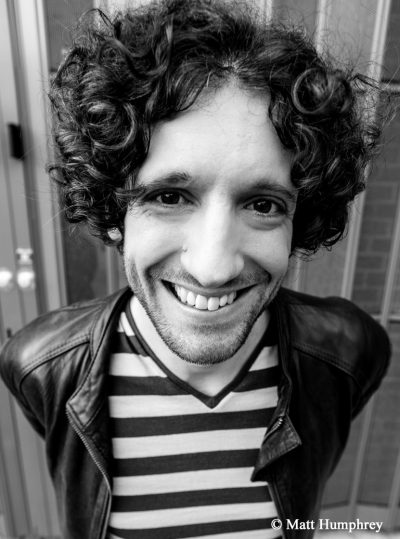 Greg Jenner is a British public historian with a particular interest in communicating history through pop culture. He is the host of the chart-topping comedy BBC podcast You’re Dead To Me, and presenter of the BBC’s history podcast for children Homeschool History. He is the Historical Consultant to all nine series of CBBC’s Emmy & multiple BAFTA award-winning TV comedy series Horrible Histories, being solely responsible for the factual accuracy of over 2000 sketches and 140+ comedy songs. He also was a key member of the team on the BAFTA-nominated film Horrible Histories: The Movie – Rotten Romans.

Greg is also the author of the recent book Dead Famous: An Unexpected History of Celebrity, From Bronze Age To Silver Screen, a witty and original history of celebrity culture, and the bestselling A Million Years In A Day: A Curious History of Ordinary Life, From Stone Age To Phone Age, which is an entertaining romp through the evolution of our daily routines.

In 2018 Greg was made an Honorary Research Associate at Royal Holloway, University of London. He also does some occasional teaching at the University of York. 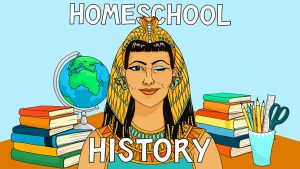 In response to the Covid 19 pandemic, Greg and his podcast team also produced Homeschool History, a series of short, funny, informative lectures for children. It launched on BBC Radio 4 in April 2020.

In the summer of 2019, Greg was the resident historian on BBC Radio 4’s The Origin of Stuff, a science and history programme about the evolution and design of everyday objects. 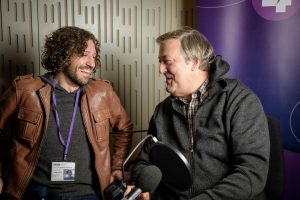 In 2019, Greg wrote and presented Hilarious Histories: What’s So Funny About The Past?

It was a 3-hour long documentary for BBC Radio 4 Extra about how comedy writers have used the past for material. It features interviews with people such as Stephen Fry and lots of lovely archive clips.

In 2018, Greg was a guest on BBC Radio’s Great Lives (talking about Gene Kelly), the Film Programme, and two episodes of Quote, Unquote.

In June 2015 Greg guested on BBC Radio 4’s Museum of Curiosity, appearing on the panel with the veteran comedian Ken Dodd and the mathematician Dr Hannah Fry. This episode won Best Radio Talk Show at the European Rose D’Or Awards 2016. Greg has twice been a guest on Helen Zaltzman’s language podcast The Allusionist.

As a public historian, Greg Jenner has debated a government MP live on BBC Radio 5 Live, discussed the history curriculum on BBC’s Radio 4 and BBC1’s The Sunday Politics Show, and wore a VERY fetching purple jumper on BBC1 News with Huw Edwards to explain the implications of King Richard III’s discovery. Recent radio interviews include: BBC Radio 2 with Steve Wright and Simon Mayo, BBCRadio 5 Live with Danny Baker, BBC Radio 6 with Lauren Laverne, BBC Radio Scotland with Fred MacAuley, and Absolute Radio with Geoff Lloyd. He was also Chris Evans’ Not-So-Mystery Guest on BBC Radio 2’s Breakfast Show, in which he delivered a brief history of briefs (underpants) to the nation. 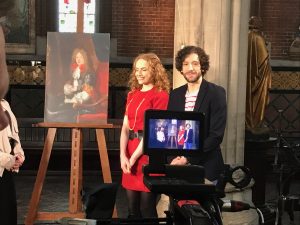 Greg first graduated to TV appearances as a panellist on BBC Two’s The Great History Quiz, alongside team captains Lucy Worsley and Dan Snow, and then as co-presenter on both series of Inside Versailles, the accompanying discussion show for the lavish BBC drama series Versailles about Louis XIV. 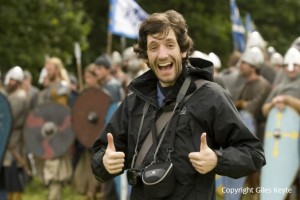 Greg has been Historical Consultant to the BBC TV series Horrible Histories for over a decade. He was also the lead adviser on the BAFTA-nominated film Horrible Histories Movie: Rotten Romans (2019), and is currently working on a Cold War spy drama for the BBC (In development). Previously, he was a key historical adviser on Channel 4’s 1066 : The Battle For Middle Earth (2008).

“FUNNY, FOR A HISTORIAN…”

Having dabbled in comedy at university, before then becoming part of the sketch and song writing team on Horrible Histories, Greg is known for taking a humorous approach to public speaking.

He made his solo stage debut at the Hackney Empire for Arts Emergency charity in 2013, has twice guested on the award-winning QI podcast No Such Thing As A Fish, once on Do The Right Thing podcast, and spent 9 bizarre hours on stage as part of Mark Watson’s 27 Hour Comedy Marathon for Comic Relief. He regularly gives funny public talks, and spoke to a sold out crowd of 950 people at Hay Festival 2015. In 2018, Greg was a guest on Richard Herring’s comedy interview podcast RHLSTP. His Twitter account is a ceaseless stream of stupid jokes and bad puns, for which he refuses to apologise. 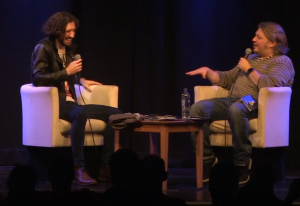 Greg is both a passionate defender and careful critic of the way in which the past is exploited by our society for entertainment. He teaches a Public History MA seminar at the University of York and Royal Holloway, University of London (where he is an Honorary Research Associate), and has also lectured in other universities on the philosophical and pragmatic problems of how historical television is made and consumed. He is a historian interested in both history itself and how history is used in modern society. 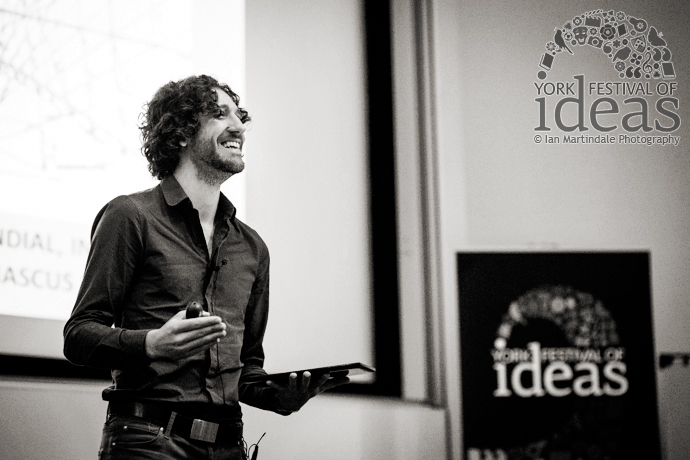 As a freelance writer, he has contributed three songs and lots of sketches to Horrible Histories, and he’s also scribbled lots of articles full of fun history trivia for BBC History Magazine, History Revealed Magazine, Britain Magazine, The Radio Times, and The Huffington Post.

You can also read his blog.

After studying at the University of York between 2001-5, Greg ran out of money and abandoned his plans for a PhD in Medieval Literature. Before becoming a public historian, Greg worked in the TV industry as an Assistant Producer on historical documentaries, dramas, and digital interactive projects for BBC, ITV, Channel 4, Channel 5, Discovery USA, History USA. More recently, he co-scripted the TIME EXPLORERS digital app for Historic Royal Palaces’ schools educational programme available at Hampton Court Palace.